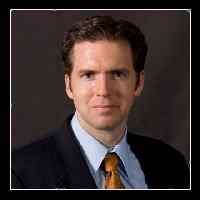 Steve was at a retreat with 20 other CEOs when the topic turned political. His colleagues were complaining about how the current administration raised taxes. Steve replied, “Why do you say that? What do you base your conclusions on? I don’t believe that’s accurate.”

Instead of explaining, five of Steve’s colleagues started screaming at him, three just stood and watched, and the rest left the room.

Steve commented, “The fact that you’re yelling at me and won’t let me talk is a real red flag for me.” Kudos to Steve for talking about how they talk rather than trying to beat them at their own game.

When someone made a claim to me about tax laws that I didn’t believe was accurate, I suggested we call a CPA. We did, and I was affirmed. But, of course, I had to be able to be heard above the noise to even suggest it. Too many people wouldn’t let the conversation go that far.