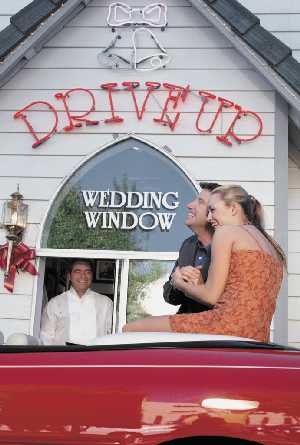 Some ministers will perform weddings with little or no input from the engaged couple. Not Evan. He asks the couple to consider what they want to accomplish in their ceremony, and what ideas they have about how to achieve that. It’s a bit of a trick, he confesses, that gets the couple to take ownership of the event. He never says – I want you to take ownership here. He just sets it up so couples do.

My massage therapist will put aroma oils on her hands and ask me to take a deep breath to absorb the scent. I believe it’s a trick, to get me to bring my attention into the room, into my senses, and on what she’s doing. She never says – be here now. She just asks me to smell a lovely fragrance and it draws me in.

Last week I asked my assistant to help me with something I was stuck with. She got as stuck with it as I did. I didn’t mean it as a trick, but it turned out to be one. When I later had a breakthrough, she was far more able to appreciate the significance for having struggled with it herself. And since then, her input on other things has taken on a new level of depth. I never suggested attempting the project would deepen her understanding. I just asked her to try, she did and it did.

I invited my husband to eat dinner with me. He had been eating at odd times and usually in front of the television. It was a bit of a trick. Interacting nightly over food deepened our relationship. I never asked him to relate at a deeper level with me. I just invited him to share food, and the deepening happened.

It’s not manipulation. There’s nothing devious about it. While we might not announce the reasons for our actions, we feel no need to hide them either. It’s just that some communication challenges are best handled by your trickster.

This week, I led the dance with my dance group. That was a bit of a trick. Experiencing the dance from the side of the facilitator helped me appreciate what the main organizers do. I absolutely intend to arrive on time in the future. The organizers never asked me to arrive on time.  The trickster showed me what a difference it makes when you’re leading something.

This time, the trick was on me.

Who do you know that could use a visit from the trickster?