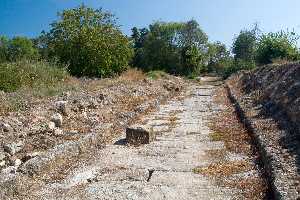 We’ve been working together for many years, but that doesn’t mean we never collide. It does mean that the collisions are much less frustrating, inflaming and painful than they used to be. In fact, they usually lead to a stronger partnership.

Today he declined a meeting time request for an important project and suggested an alternative that was too far out to be practical. My reaction was to want to blast him about the need to make our project a higher priority. My response was to suggest an alternative date that was closer in. He agreed.

After this exchange, our interaction felt clunky. So I got to the heart of my issue and said,

He confessed that as soon as he recommended the later date, he knew it came across as dismissive.

There was a time when this kind of bump in the road would have been drawn out and hurtful. What’s different now? The accusations and defenses are all but gone. We’re both committed to the effectiveness of the partnership and to bringing out the best in each other.

I trust there will be a day when almost all the bumps will be readily absorbed by our partnership shock absorbers. I say almost, not all. If we never feel any bumps, we’ll know we’re relating on familiar ground and not stretching. So while I like a smooth ride, I respect the inevitable bumps that come with any dynamic relationship. And so do the people I have successful partnerships and associations with.