My friend confessed: “I’m still processing it.” And I said, “There has to be a better word for it than process. It sounds so mechanical.” I knew she would hear my words as honoring what she’s going through rather than criticizing her word choice.

There does need to be a better word for how we move through the experience of deep loss. “Grieving” isn’t big enough—there is more to moving through loss than grief. “Processing” captures some of what happens, but isn’t human enough.

The perfect word may be out there. Or there may not be a perfect word. As a culture, we’re moving from being mechanistic to being more organic. Perhaps the language hasn’t caught up yet.

I’m the one who broke the salt shaker and didn’t quite get all the pieces picked up.

He’s the one who stepped on the piece i missed and gashed his foot.

And yet there wasn’t a hint of recrimination as he treated his injury or mention that he wasn’t going to be able to jump rope today because his foot is still healing.

Not the slightest hint.

That is what grace sounds like. And character. I am grateful to be living with both.

Today is Mother’s Day, my friend Barbara’s birthday, and the 26th anniversary of my first husband’s passing. If you know my history, you know that Mike’s death was a catalyst for my finding my voice and for my SpeakStrong message.  Death will do that. It’s the ultimate crap detector. It became glaringly obvious how much of that I had.

So you’ll understand why, this week, when my dear friend’s father was killed instantly when hit by a car, my prayer for my friend was for the freedom and support to go through her loss as it unfolds for her.

It will make sense to you that when, two days later, I learned our family friend Carl lost his 20 year battle with cancer, I was grateful that I had gone out of my way to let him know how much I respected his courage and grace in his struggle.

And you’ll appreciate why, when I learned at my dance group yesterday that one of the organizers had taken his own life, I was so glad to be somewhere where there was freedom to respond honestly. There was no need to pretend. There was room for anger, sorrow, gratitude and indifference… everything. There was room for authentic communication.

We danced our shock, or sorrow, our anger, our gratitude, our pain and our awe. We came together as a community as we each were. Death will do that, too. 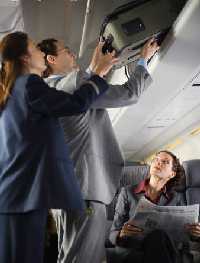 A young lady was struggling to fit her bag into the overhead bin. The flight attendant commented,

The passenger knew that. She was doing everything she could to stow her bag. The flight attendant may have been right, but her pronouncement wasn’t useful.

They watch the whole boarding process and know where possible openings might be. Their experience has taught them tricks of the trade that passengers might not know about how to get things to fit. I always appreciate it when a flight attendant gets on my team and helps before pronouncing consequences.

Think about this before you play cop. If someone is struggling to accomplish something, it’s not the time to tell them what will happen if they fail. It’s time to help them succeed.

The young lady was able to successfully stow her bag. I was glad she didn’t give up too soon. 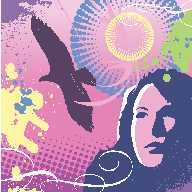 I dreamed the other night that I was supporting an Executive Admin at a conference and helping her get the most out of the multi-faceted event. At one point I addressed a large group that was studying to pose the question,

They replied in unison, “We do!” We all cheered, and I went on my way back to the woman I was supporting.

We’ve all heard it before—and yet the news gradually sinks in at a deeper and deeper level. So does the awareness of ways we kowtow to other people’s definitions. You may not live—or aspire to live—everyone else’s dream. The question that matters is: do you live, and aspire to live your own? Are you striving toward a vision of your own design?

Of course it helps to know how others define success—especially if they employ us. But sometimes my proudest moments have been times when I failed in the eyes of others. That’s when being free to decide what success is matters most. 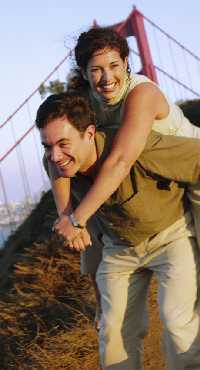 Compassion is the ability to feel someone else’s pain as if it were your own. When you feel compassion, you care deeply.

Codependency is compassion with mistaken ownership. A compassionate person can still function while someone they care about is hurting. A codependent can’t. A codependent takes care of others to their own detriment.

To this point, a wise friend shared a reminder from her hubby.

I recorded a humerous song about being a Codependent Fool who cares AND carries.

If the shoe fits, change it! It looks like great fun in the picture, but when it’s compulsive, it’s destructive. 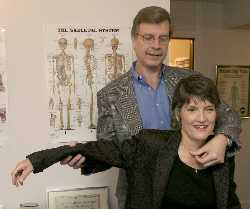 Are you familiar with muscle-checking? It works much like a lie-detector test, which detects whether a statement triggers a stress response. While not always accurate, the common experience is that a lie creates measurable stress, while telling the truth, even an unpleasant truth, creates a calmer parasympathetic response.

So if you’re wondering why I focus on authenticity under the banner of Speaking Strong, that’s why. Authenticity is more powerful than any kind of manipulation or persuasion tactic. PowerPhrases tell the deepest truth we know, which is the ground where we are strongest. Of course there can be a learning curve. When I gave up fudging to cover my behind, I didn’t have the skills yet to express myself authentically. Plus I will wait for a deeper truth to surface when I’m in reaction to an experience and not yet ready to respond. Truthing was, and is, a process.

My guiding principle in life is to be free. Authenticity is the freedom to be myself. And nothing empowers like the truth. Why go cheap when I can say what I mean and mean what I say without being mean when I say it? Knowing that helps me decide when to speak and what to say. I am much freer than when I started this journey, and becoming even more free with every step.

What’s your guiding principle? How free are you to honor it in your communication?

We all know what “good grief” means, right? It’s an ironic expression that says things aren’t right. There’s nothing “good” about it. But unless you grieve, you can’t really love or embrace life.

I experienced some good grief today. It felt good to experience the sadness. And suddenly my writing and conversations began to flow again.

Evan Hodkins says writer’s block is really an authenticity block. Once you connect with your authentic self, writing flows again. Of course, we keep outgrowing our previous selves, and we can get behind in knowing who the latest version of ourselves is. So we have to keep recalibrating.

Good grief isn’t the only way to recalibrate, but it certainly is a good one. 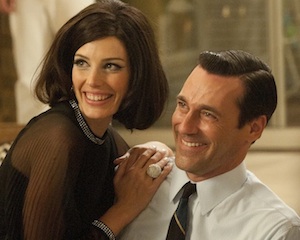 I enjoy the show “Mad Men” for many reasons, one of which is the surprises. When the emotionally silent power broker Don Draper married his secretary Megan, I assumed it wouldn’t be long before he shut her down and she became disillusioned, codependent, sarcastic and resentful. But instead of hiding behind a veneer of polite non-communication, when they bump up against each other, they let things fly, act out and dramatize. It’s not polite, it’s passionate.

But the really interesting thing is they eventually get to the heart of the matter and come out more intimate and loving than before.

I once thought I was light years ahead of neighbors who had very vocal disagreements. Our house was quiet and polite—theirs got loud at times. Yet neither household seemed to resolve issues. Our silence didn’t solve issues, and their drama didn’t either. I’m not advocating drama. Loud doesn’t get voices heard. There is something dysfunctional about a husband who drives off in anger—leaving his wife stranded (briefly) miles from home.

But what would you expect from people who have never had the experience of navigating emotionally charged topics as a team? It’s a skill like any other, and needs to be practiced. When you practice a new skill, you make mistakes and things get messy. Your soft underbelly gets exposed—and if that scares you, you can find yourself striking out and hurting the people closest to you. Who likes that?

But if you really care, as Don and Megan do in the show, and if you get to the other side often enough, eventually the cycles get quicker, and resolution comes sooner.

So the kind of dramatics “Mad Men” fans are privy to this season both look and in many ways are dysfunctional—and yet they are a natural part of learning how to be authentic, intimate and loving. “Mad Men” shows how messy the process of communication improvement can be. If you don’t understand how normal the mess can be on the road to greater intimacy and self-expression, you might shut things down just when they’re really working. They’re changing old habits. Until you have new habits to replace them with, you probably will feel like you dropped into chaos. Keep striving. Keep being willing to do it wrong until you get it “right.” You’ll find your footing at a higher level. It’s worth it. 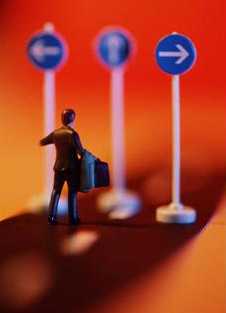 Decisions, decisions. Some of us are decision challenged. Why? I better understood my own hesitancy to make decisions when I discovered the word root yesterday.

Did you know that the word “decide” has the same root as the words homicide and suicide? Think about that one for a moment! What dies when you decide something? Options. Making a decision literally means you kill off options.

I’m a gentle spirit and don’t like the idea of killing anything, including options—which might be why focus can be a challenge for me sometimes. However, as I’m sure you’ve heard before, not deciding can be a decision. Options are also killed by procrastination.

Okay, I started this post many hours ago. And I got this far and couldn’t quite …deCIDE how to end it. I made a lot of false starts. And then I identified my challenge.

I had assumed that I couldn’t raise the topic without deCIDING what it all means and telling you what to do with the information. The fact that I haven’t reached that point kept me from posting…

Until it occurred to me that I could post honestly. I could simply say, I don’t quite know what to make of it yet. But I find it fascinating, and that’s why I’m sharing it with you.

Interesting. Instead of killing off options, I discovered a new one, and that made deciding easy.