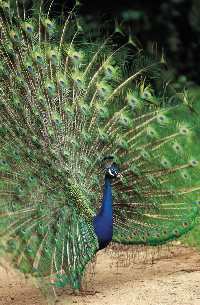 Arther was the CEO where Brain worked as a high level manager close to 15 years ago. Although Arther was clearly in the leadership role and Brain reported to him, Brian related to him personally on an equal footing as a friend.

They got together this week and caught up on events. It was a good and heartwarming time. But one thing didn’t feel quite right to Brian. Arther told him,

The remark was no doubt well intended, but came across as parental approval, not the appreciation of a friend.

There is an interesting distinction between roles and importance. Leaders do have a different role than their managers. They often need to use a firm deciding voice and set the direction. But exercising a role doesn’t indicate rank. or value. In a leadership role I might make a decision for a group because that’s my job – not because I’m the most important person there. The phrase “I’m proud of you” has a hint of self-importance. By saying he was proud of Brian, Arther cast him in a child’s role.

I’m not a word tyrant. I consider context. Penny will tell me she’s proud of me times, and I don’t feel like a child when she does.

But I often hear that phrase as a “tell” that reveals a rankist attitude. If you don’t want to turn others into children, watch out for parental kinds of expressions. If you’re impressed or in awe, say that instead. It doesn’t make the conversation about you.