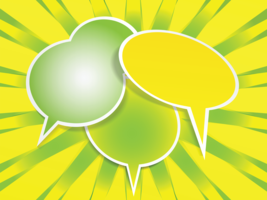 When Stephen Covey popularized the idea of synergy, I was delighted. I also wondered why the concept didn’t take off more than it did. To me, it seems so basic to success.

Yesterday someone told me the word synergy is dated in business circles. To me, that’s like suggesting that exercise is out of fashion so we shouldn’t talk about it or do it anymore.

Well, I figure anyone who dismissed the idea of synergy hasn’t experienced its magic. What do you think?

Today, an editor of a magazine I write for told me she loves my article about synergy. She noted that the article empowers people who often feel “less than” and cements the fact that we al have a part of creating, and each part is needed. So maybe there’s hope for synergy after all! There is if I have anything to do with it!