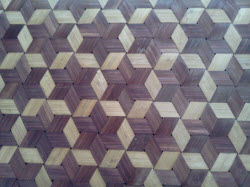 Jan wanted to learn. Sue wanted to teach. Life was good. They both wanted time where Sue taught and Jan learned.

It’s not about wanting the same thing. Jack Sprat who couldn’t eat fat got along great with his wife who couldn’t eat lean. They weren’t the same, but they did complement each other. Their desires were aligned at the highest level.

Leaders want results. Admins want systems and processes that flow. (Of course it’s not quite that black and white.) Sometimes their desires seem to collide. At the highest level, they depend on each other. That’s the level we need to communicate from.

It’s like this picture. The stars can overshadow the diamonds, but both are essential to the weave.

Sue discovered that she was a much more effective teacher when she learned from Jan, too. They got to the level where their desires were aligned again.

We’ll be “inverting the weave ” (seeing through a different lens) at my Executive Admin Online Training Camp in two weeks.  Join us!