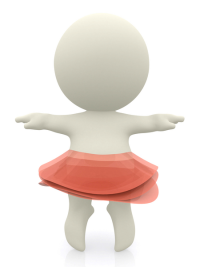 Jacob brought his young daughter, Journey, to Communidance with him yesterday. He was in the band. Journey danced a little and later sat across from her father during the closing circle.

When the circle ended, Journey got up and walked across the room toward her father with the most loving look imaginable in her eyes. Jacob lit up in response, and Journey collapsed into her father’s lap for a beautiful hug.

I felt privileged to witness it. (I also marveled over what it might be like to not fear your father as a child, but that’s another story.)

Recently, when I returned from Cincinnati, my flight was late out, so I missed my connection. I was upgraded to first class for the later flight, and I looked forward to some good rest.

But the lady who sat next to me was an extroverted flight attendant, and one of the attendants on duty was her best friend. They lit up to see each other, and spent close to half the flight in lively and dynamic conversation. I might have asked them to keep it down, but I felt privileged to witness their excitement about being together.

I remember a speaker once telling audiences to raise their eyebrows and look excited to see people. It was a how-to-win-friends-and-influence-people kind of recommendation. But there is no faking the kind of caring I witnessed in these two events.

If you do want to win friends and influence people, I say, don’t fake it. Commit to removing any and all obstacles to genuinely loving them. Cultivate tenderness, gratitude and appreciation. Some things won’t be faked. There ain’t nothing like the real thing.