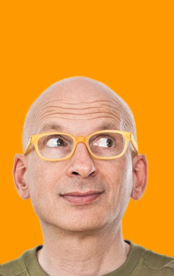 Another great idea from entrepreneur Seth Godin. He says a powerful film from ATT about texting while driving “won’t work.” (If you watch it, the letter one man received from the father of the family he killed will blow you away.)

But what would work?

Creating cell phones that notify anyone being texted to, that the person texting them is driving. Knowingly receiving texts from someone texting while driving is illegal in many states.

He suggests one step further – make phones that won’t text while driving.

You can talk and preach and advise and extol. You also can mistake-proof phones so texting while driving just can’t happen.