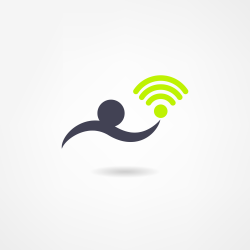 The past several times I called Lucy, I left voice-mail invitations which she never responded to. When I saw her, she told me she received them after whatever I invited her to was over.

Yesterday we had plans to go dancing. I knocked on her door the day of to confirm, and she didn’t answer. It almost didn’t occur to me to call. But I picked up the phone shortly before we were due to leave and dialed. Lucy picked up and told me she wasn’t able to go because she was “slaving” away at her work.

Her busy-ness and wording are one story I will explore at some point – but now I want to talk about how my failed attempts at reaching her by phone led to an unconscious decision to give up trying to call her. That was a decision I made without consideration. It was based on experience, and certainly had a foundation, but it wasn’t a conscious choice that would serve me in this situation. The lesson for me is to be aware of those decisions I make and decide if they do serve me or not.

“Keep asking,” Lucy encouraged me. I’m glad she said that. I don’t take her responsiveness personally – she’s on a fabulous quest that is very consuming. But after reaching out unsuccessfully, it’s natural to put her on my unconsious “do not call list.” Who else has gone on that list without my being aware?

How about you? Do you send those signals? And, do you respond to signals like Lucy’s without conscious choice?