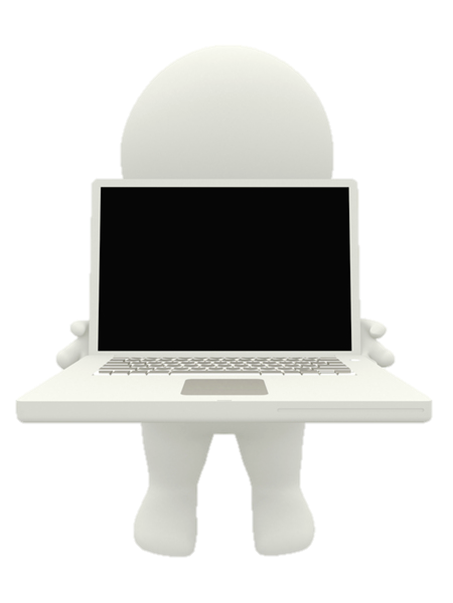 Cassia, my assistant, wrote this story to demonstrate how she used the SpeakStrong Method in her daily life:

My computer had been whining for weeks, when Meryl finally advised me to take it to have it fixed. I took it up to a PC repair place and assumed the worse. I was relieved that the problem was most likely a busted fan.

I got my computer back the next day, but noticed immediately that it was having new issues. Bad issues. Naturally, I called the repair place to ask for them to look at it. I mentioned to the tech that this problems didn’t start until after they had taken the computer apart. He dismissed this explanation and was confident that glitches were coming from the software. He ran several extensive scans, removed a few unnecessary files and handed it back with a bill of health. I paid him for his time but left uncertain.

I wound up doing this three times. On the third try, the tech finally followed my advice and began pulling apart the back panel to take a look. When he did, a screw popped out; it was apparent that the screw had been lodged in the RAM plates.

There was a screw screwing everything up!

I left relieved that my computer was finally going to be fine. It wasn’t until later that I began to realize how many work hours I lost because of this, not to mention driving back and forth, and to top it all off, I was right! I knew it was a hardware issue and I mentioned it several times but each time it was dismissed.

Meryl came in again with her good advice, and recommended that I ask for a refund. She said that this was an opportunity to practice “speaking strong”. It hadn’t occurred to me to ask. I called the shop and calmly explained how much time I had lost because of this easily avoidable mistake and that I felt I ought to receive some sort of compensation. They issued me a full refund without hesitation.

The lessons are these: If I hadn’t of asked, I wouldn’t have received; and ALWAYS listen to your gut!