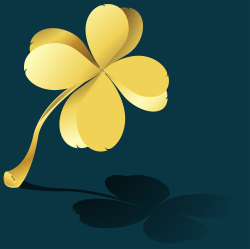 Have you noticed how things have a way of working out? I wouldn’t have stayed for the whole conference if I had known my second speaking slot would be cancelled. I had already booked my flight, so I stayed. The conference was fabulous and I booked some good business from the networking.

I tried to arrange for an earlier flight the last day, but the change fee would have been over $350. I called again that morning and changing was still way too costly. I realized I hadn’t used the wording that the agent had recommended so I called again. No – there weren’t any flights that would get me out earlier, but there was a DIRECT flight that left one minute after my scheduled flight that would get me in 2 1/2 hours earlier than the routing I had. I gladly paid the $50 fee because it would be easier on everyone if I didn’t get in so late. I had asked three times before I was successful.

It turned out my brother-in-law was returning from a business trip right around my new landing time and was available to drive me.

But wait. There’s more. I checked the flight I was due to come in on before I went to bed. It had been delayed by over two hours. Instead of getting in at 7:15 PM, I would have arrived past midnight.

I had some influence and no control of how things unfolded. I did have the eyes to see the magic.