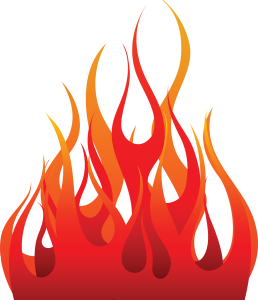 I needed to spray acrylic on an item, and since it was 12 degrees outside, I decided to do it in the garage. I was surprised how the fumes spread through the house, but realized later, that was the least of my worries. Bob explained to me that spraying acrylic so near the water heater and furnace was a serious fire risk.

After I processed that one, I went in and thanked him for telling me so kindly. He replied that what I was really thanking him for was “not being an Ahole.”

“I don’t need to be overbearing anymore,” he noted. We went on to talk about how our fathers had been prone to slamming us for things we didn’t know.

He’s over needing to impose his will, and I’m over allowing that to be done to me.