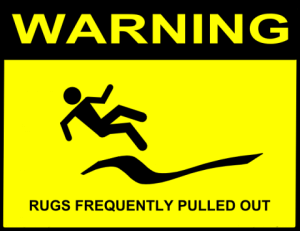 “Wanda” was blindsided this week when the promotion everyone thought would go to her went to someone else. The announcement was made at an online meeting. “WTF?” IMs were flying back and forth.

Wanda anxiously prepared to speak with the surprise winner. She told me her anxiety lessened when she remembered to “say what she meant and mean what she said without being mean when she said it.” The conversation went well.

Suddenly, Wanda realized she couldn’t go with the flow quite like she used to. There is a merger, which means there is nothing in her title that would tell the new owners she is a leader, although the entire team knows she is. Her boss takes public credit for her work. So while Wanda plans to continue to look out for the team, she is also becoming a more active advocate for her own interests moving forward.

I stood up for her last night. I dreamt that I publicly told a woman who was taking credit for someone else’s work,

Wouldn’t it be great if magically, on Monday, Wanda’s boss actually did that?

Well, dreams are a start. In this world, moving forward, Wanda will continue to say what she means and mean what she says without being mean when she says it. She will support the shared aspirations along with her critical role in it.