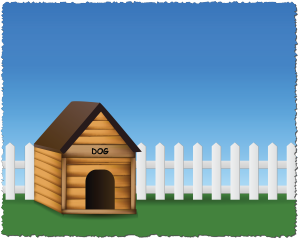 To Eric, the offer of money was a signal that his father had given up and was giving his resources away. To me, it was a blessed sign that our father is feeling secure in his own finances, and that he has forgiven his son for not being the boy or the man his father thought he should be. If Eric had been born 20 years later I’m sure they would have discovered a syndrome he fits in to. In his era the only label was lazy.

There always was much more to my brother than that. Having grown up beside him, I will say the fact that Eric created a situation for himself where he only needs a small monthly subsidy is more than I had hoped for. I let him out of the dog house long ago. My father took a bit longer.

Eric was reluctant to accept the money. He didn’t ask for a handout. He is challenged in many ways, but he isn’t greedy. I assured him I thought it was a good thing and almost a gift to his father to accept it. It is a fence mender.

My mother passed before we were able to make more than a superficial peace with each other. It’s a blessing to find deep peace and acceptance before people pass. This last year has been a powerful year of family healing. We don’t know how much time there is on our clocks. This healing is an important step in laying the groundwork for a proper good-bye when that time comes. My heart is happy.