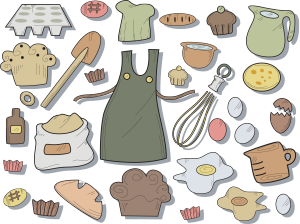 In my quest to heal my digestion, I’m exploring food combining. Bob and I listened to a CD about it from the 80’s that a friend had recommended to him. His friend, a healthcare professional, told Bob it was the only thing that helped his daughter after having tried many things at great expense.

The CD presenter is best described as perky. Her track record is impressive and her enthusiasm high, but her science is both old and sloppy. Every few minutes Bob would pause the audio to point out her errors – for example, HCl is NOT an enzyme, as she claimed. (Even I knew that.)

I was concerned that he would reject the whole idea because of her inaccuracies. Might he negate the experience of his friend and this woman’s readers because her explanations don’t add up?

During the night I remembered something I experience in myself and tell people. Resistance indicates that someone is taking new information into consideration. They are processing it. I needed to let him have his process.

The next morning he greeted me by telling me,

This is a bigger deal for me – and probably you – than it might appear on the surface. My entire life I’ve known more than I could explain clearly and accurately. For example, when I first started meditating 40 years ago, I knew it was amazingly wonderful for me. But, I wasn’t able to explain it in terms that my linear, rational father could relate to. In this case, my personal experience was so strong that I wasn’t about to give it up because of his objections. Of course, meditation has gone mainstream since then, and even if it hadn’t, by now it’s clear to him that 40 years of practice has developed exceptional equanimity.

I didn’t back down on that one, but I have backed down on things because I couldn’t explain them. Of course, sometimes my truth is partial – but as long as I can’t talk about it, it will stay partial. It doesn’t have to be right or perfect to be voiced. It’s a process.

And there are two people in every conversation. Both have their processes. I love where Bob came out in his process. I’m glad I was able to come to a place in my own process to let him have his.