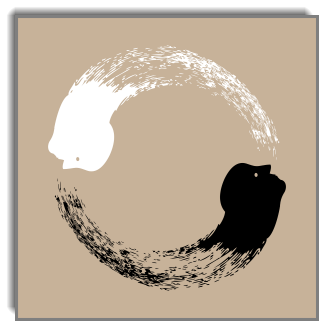 “We need to heal your digestion gently,” the wise intuitive nutritional counselor told me. “Baby steps.” Her words sounded wise and true.

“I figured out what’s wrong with your digestion,” the brilliant analytical nutritional counselor told me. “We need to hit it hard.” His words sounded accurate and daunting.

Both these messages came on the same day.

Her approach is to nurture the flora in the gut so nothing harmful can thrive. His is to kill the invaders. They both have elements of the other’s approach, but the emphasis is very different.

Bob softened. He suggested we see what would happen with Vivian’s protocol and THEN hit it hard. He liked what he saw. His input shifted from opposition to augmentation. He became a very valuable resource. And then one month later, he joined me for my follow-up session with Vivian.

“I’m impressed with what you’ve done,” he told her. “I’ve always heard you should never treat your own family. I was turning Meryl into an object – a problem to be fixed, instead of relating to her as my loving and beautiful wife.”

“We make a great team,” Vivian replied. It was clear she hadn’t been thinking of me as part of the team, but I let that pass.

Fast forward a week. I hear Bob on the phone with a woman he has mentored. Their attempts to address her health challenge was unsuccessful. “I recommend Vivian,” Bob told her. “Meryl has been working with her because my approach with her was too strong. Vivian is the real deal.”

So is Bob. His ability to learn from this and adapt is testament to that.