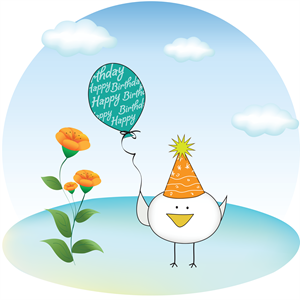 When I told Evan, he said, “I love the way you delight in acknowledging the obvious.”

When I told Angela, she laughed. It was a sweet laugh – the laugh of someone who cares and is happy when a dear friend discovers her own folly – and a key to moving forward.

What will happen when I tell you?

From one angle, a logical, linear angle, many of my recent life discoveries seem so obvious that I’m tempted to stay silent about them. I’m sure some of my readers (or former readers) have written me off as being in life-kindergarten – which is, in fact true. From another angle, these discoveries are transformational. Maybe I “should have known” this before, but I’m delighted to know it now. My inner circle buddies share my delight. Angela considers it cause for celebration. Okay, here’s the story.

I had wondered from time to time if I might be overloading my system with too much protein. Just recently, I mentioned that concern to a friend. She said she thought I might be, and recommended I limit my daily intake to 50 grams.

I had never paid attention to nutritional numbers, so 50 grams meant nothing to me. After my friend and I spoke, I resolved to eat less protein, but it took a few days for me to make the effort to get a more clear sense of how much 50 grams of protein really is.

Tuesday, as I pulled out a chicken breast to cook, I checked the protein content. It said 24 grams per serving. I was stunned to think that one serving was half my daily protein recommended maximum.

Then it occurred to me to check serving size. 4 ounces. I had assumed the whole piece of chicken was a single serving. I had concluded the whole piece of chicken was 24 grams. Was I ever wrong! The chicken breast was over a pound. The chicken breast was over four servings.  I had planned to eat the whole thing. That would have been more than twice my daily allotment. And it would have only been one of three meals containing protein.

There are lots of ways to respond to discoveries like this one. My response was excitement. I could have beaten myself up to think of how I have been perpetuating my digestive issues. Instead, I felt joy because I believed (and believe) I found an essential key to health. I called Angela immediately so we could talk about it while I was still flying high. She delayed her dinner a few minutes to be able to share that joy with me.

Angela knows, as do I, that this isn’t just about food (although it would still be significant even if it were.) It’s also about:

I’m sure I’ll discover many more implications from this awareness.

I had a BFO yesterday. A Blinding Flash of the Obvious. Was I being an idiot not to figure this out sooner? I’ll gladly cop to that. Is this self-care kindergarten? I think so. It’s also a breakthrough awareness with implications that will ripple throughout my life. It’s a huge stream of learning from looking at the label on a package of chicken.  That’s pretty exciting, don’t you think?