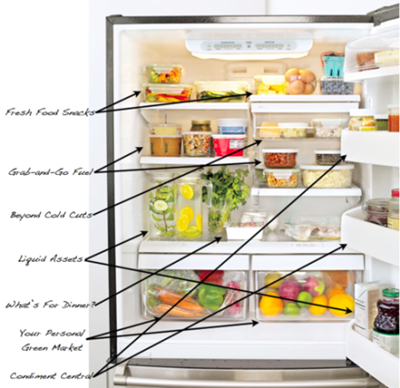 “I feel called again to sort and organize and create a deeper level of flow in my home, but I wasn’t able to get moving on it today,” I told Angela.

How would you respond if a friend made that comment to you?

Angela’s response was perfect for me. She asked:

Why was that perfect?

Because it focused my desire. It led me to be more concrete in my intention. Speaking about what the next level of my sorting would include helped me sort my thoughts about sorting. In the course of the conversation, I became aware of where some of my blocks are. (I can’t sort cabinet “A” until I clear space in cabinet “B.” That kind of thing.)

Angela’s comment was empowered by her genuine interest. We both became enlivened talking about sorting the produce in the fridge. She sent me pictures of how she stores her produce. My pictures for her will come later once I put my ideas in place.

Most of us can benefit by asking more questions… like…

I got some good sorting done today. Thanks, Angela!