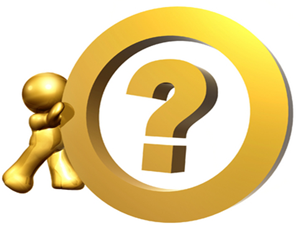 Last week I wrote an article for a magazine I have a column in about overcoming bad communication habits by practicing good new ones. As one example, I wrote of how I make a practice of asking questions to overcome my habit of making assumptions.

Interesting how life works. Two days after I wrote that article, I was arranging contractors for foundation work on some rental property. The foundation contractor recommended I get a plumber to replace some pipes while the floor was torn up.

It was clear to me that Dave was irritated about having his plan challenged. Another thing was clear – there was confusion. This is a very big… concrete… step to take without clarity.

I got the foundation contractor and the plumber talking. As it turned out, there was a crack in the pipe under the cement and it did make sense to have the plumbing work done while the cement was torn up.

I love the way life works. My article reminded me of my SpeakStrong practice to ask questions when I sense fuzziness. By asking, I avoided unnecessary work and expense.

I can’t begin to tell you how many times in the past I have ignored my lack of clarity and regretted it later. Life is simpler now that I am getting better and better at communicating until I feel clarity.

Dave was irritated by my persistence, but everyone would have been irritated had it been done wrong the first time.

You know the saying. The only dumb question is the one you don’t ask.