You can go cheap or go deep.

Persona projects an image. Personhood radiates you. Which will it be?

The SpeakStrong Method isn’t for everyone. Let me help you tap in to the power of being “youer than you” and to express your true self effectively.

About Me: Meryl Runion RoseRead More »

When McGraw Hill asked me if I was interested in writing Perfect Phrases for Icebreakers, I accepted, partly because I had come to realize how much the way you open a conversation matters. Openings set the stage for good interaction.

Closings matter, too. You know this if you’ve ever been on the phone with someone who ended abruptly or clearly left you (in terms of attention) before the conversation had been mutually concluded. It feels odd.

Sometimes I’ll be ending a conversation when someone else will call, show up or otherwise invite my attention. Since the conversation is all but complete, it’s tempting to rush off to take the next call or tend to the visitor. What I prefer is to ask,

Most people appreciate the effort to close the conversation with the grace it deserves. I’ve yet to have anyone object to the short wait.

East and west meet in the Movie The Best Exotic Marigold Hotel. One of the characters loves India and the other does not. At one point the dissenting character asks the perfect question.

It’s more effective to ask about what they’re seeing that you’re missing.

Have you ever looked at a “Magic Eye” illustration? At first it looks like a bunch of odd images. Once you develop the “magic eye” you can see embedded three dimensional images. Before I developed my ability to see them, I was tempted to conclude that those who said they saw them were playing tricks on me.

Which brings us to the second PowerPhrase.

My husband couldn’t see magic eye images either – until he received instructions about how.

A question of style

My husband and I have very different styles. For years, we were baffled by each other’s perspectives. Once we developed the habit of inquiring into embracing the other’s view, we started learning a lot about each other – and about what perspectives we were missing. Now, the same qualities that once seemed so baffling are the qualities we value most in each other.

Style differences are often the result of favoring the upside of one style and dismissing the upside of another. Likeables and Visionaries see the beauty of being people-oriented and can miss the value of being task-oriented that Directives and Reflectives embrace. And visa versa. Visionaries and Directives see the value of speed and can miss the value of a more considered pace that Likeables and Reflectives embrace. You can explore your style here.

One perspective can complement another

It’s like the standard images where you can see one thing or another. Is the image on the right a face, or a vase? The answer, of course, is yes! And the most interesting thing about it, is the two images are interdependent. Take the faces away and there is no vase. Take the vase away and there are no faces. So if you see one aspect and someone else sees another, their view does not negate yours, it augments it.

When you find yourself on the opposite side of a polarity from someone, you can learn the most by shifting your perspective to see what they see. Only then will they be likely to be able to hear your concerns about the downside of the side they represent and the upside, or value of your perspective.

We can cling to one view or another, but the reality is much bigger than any of us see by ourselves. That’s why it takes all of us talking with each other to move forward.

But wait, there’s more. There comes a point where you cannot just see the face and the vase alternatively. You can see them simultaneously. Communication gets even more dynamic when you do.

Here are some seriously useful phrases crafted just for you!

Resources Special:
Books and an audio presentation packed with phrases that make your job doable

Everyone knows admins run everything.
Are you constantly running out of time?
Is your best seemingly not always good enough? 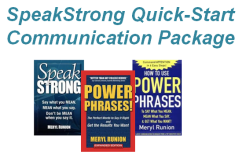 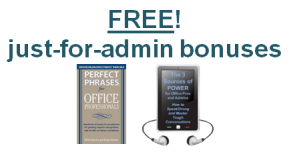 We have resources just for you!

Books, training, articles and coaching for your unique needs.

Get it done – whether you’re “in charge” or not

Training for administrative assistants, support staff, and office professionals to empower leadership and enhance effectiveness at every organizational level 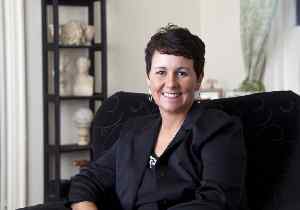 Ever wonder who is really in charge? It’s a myth that only people with formal authority have power. With adaptive tools, collaborative skills and targeted processes, people who lack formal power have the influence they need to make things happen. In fact, administrative assistants, support staff, office professionals – people who need to get results without the authority to wield power – actually have the advantage in today’s workplace – with the right tools. And that’s good for productivity and performance, teamwork, and the bottom line.

Because power structures are breaking down in businesses everywhere. As cross-functional teams become more widespread, influence practices are more critical than ever.

Who has been using influence instead of power historically? Who knows better how to get results without power than those who have relied on collaboration, shared favors and professional competence to get results all along?

Today, employees at every level are taking the lead in their areas of influence whether they have “leader” or “manager” in their title or not. This training develops the skills that the most effective assistants, most savvy support staff and most competent office pros use to get people to respect their authority with little or no disagreement. Can you imagine the value in this?

This training begins with an introduction to The SpeakStrong Method for admins, support staff, office pros, and other professionals who need to get things done when they are not in charge. It then focuses on specific challenges support professionals face every day. It introduces lean office principles and practices (Toyota Production System) for efficient systems, and provides the management communication tools to get support needed to get things done when you’re not in charge.

Key takeaways from this session are:

The methods include how to:

One or two-day seminar.  Contact me for more information. 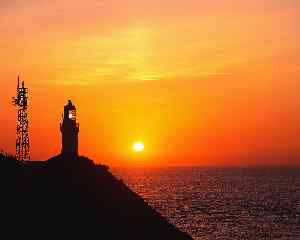 Impatience and a desire for quick fixes can be a barrier for long-term communication development. The development of effective communication skills takes time, and rushing the process can inhibit experimentation with new communication tools and approaches.

The SpeakStrong Method addresses immediate communication needs by providing powerful phrases and formulas that can be applied immediately and ease the sense of urgency while the skills develop.

The main focus of The SpeakStrong Method is long-term communication development, with continuous improvement at every step.

Don’t know how to communicate effectively? The SpeakStrong Method develops your skills one step at a time. 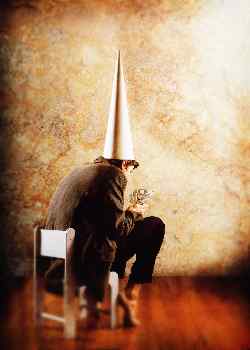 Many people complain of lack of effective communication skills. Even if you know where you want to go, if you don’t have a way to develop the skills to get there, you won’t know where to start.

The SpeakStrong Method develops skill with every step along the path. We’ve all built up our systems of defenses and manipulations for reasons that made sense to us on some level. If we drop our habit or patterns without new skills to replace them we’re unlikely to get the response we’re really going for. Our best efforts to elevate a conversation or communicate authentically will fall flat or even backfire.

The experience of skill development through practice empowers the learner with each successive step.

Our Vision: A World of Truth

“Never doubt that a small group of thoughtful, committed citizens can change the world. Indeed, it is the only thing that ever has.”

Imagine a world where everyone says what they mean and means what they say – without being mean when they say it. Where all communication aspires toward trust, mutual elevation, clarity and practicality.

Imagine a World of Truth

What is your vision of what a World of Truth could be like? You can take a look at our vision below.

A World of Truth

Imagine a world where everyone says what they mean and means what they say, without being mean when they say it.
Imagine a world where, as a child, you could talk about anything.
Grown-ups took time to listen with you.
And when you were upset with someone they helped you find the words to talk about it.
Imagine a world where you always know where you stand…
because people tell you, clearly, kindly, directly.
And in this world you really can believe what you read in the paper.
You really can count on people to do what they say they will
And a verbal commitment is as good as a written contract
Imagine a world where people are less concerned with the size of your bank account…
And more concerned with your sincerity and trustworthiness.
And where you can talk openly about sensitive issues while others listen with calm interest to what you say.
In this world, leaders are accountable to the people they serve, people are accountable to each other and blame and judgment have been traded for accountability and acceptance.
Can you imagine this world? Then make it real.
Find the courage, find the words